Blog/Changelog
🧙‍♀️ The many lives of spreadsheets 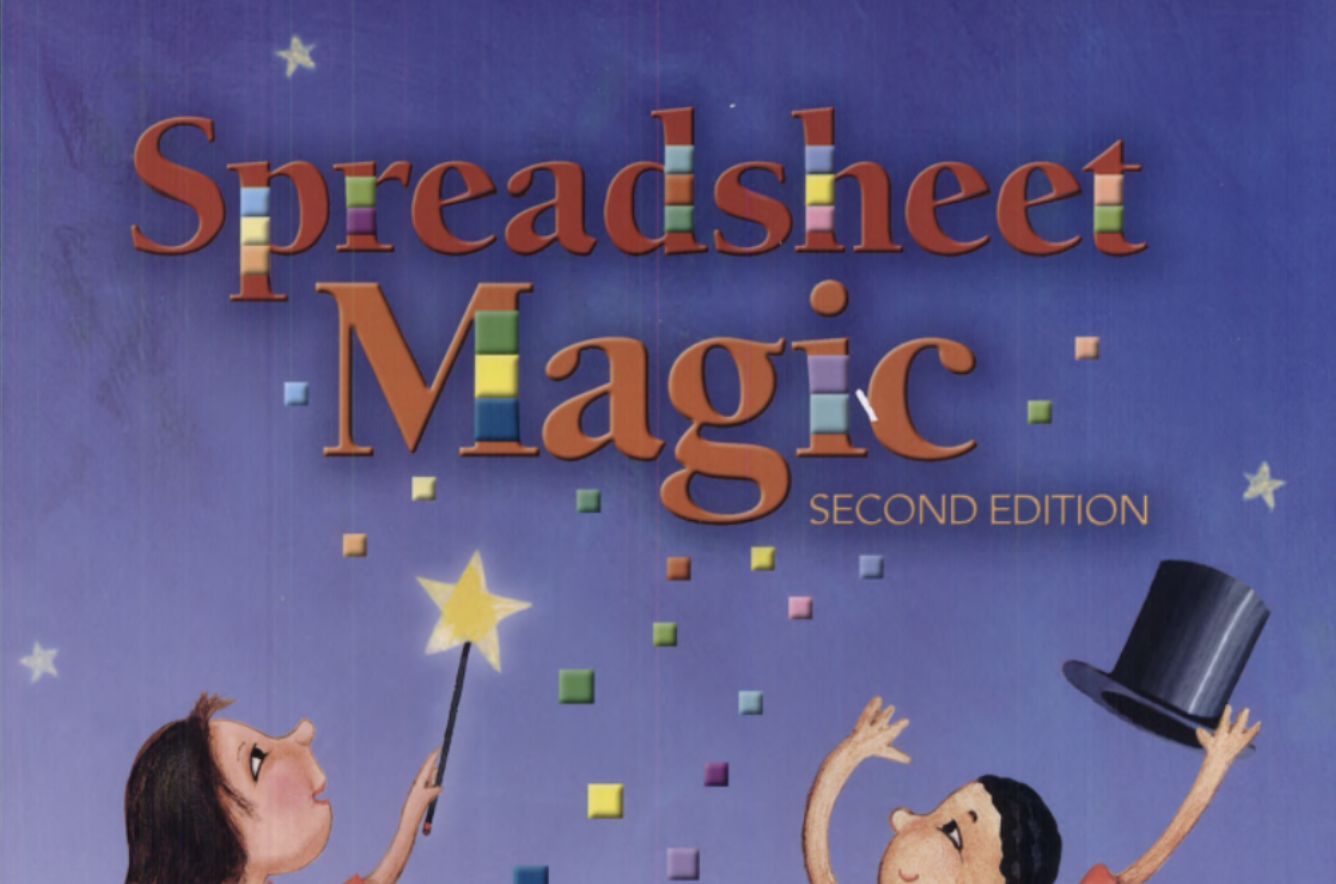 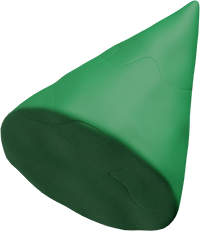 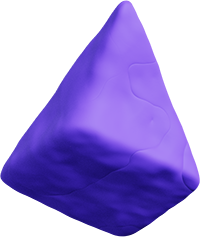 Blog Post
November 2021
With love from the Clay team

🧙‍♀️ The many lives of spreadsheets

Ever wondered how many people use spreadsheets? Some estimates say around 800 million people use Microsoft Excel, and another 160–180 million use Google Sheets. Not bad for a tool that started as a basic visual calculator.

With nearly 1 billion people using spreadsheets around the world everyday, innovation is inevitable. And where the history of spreadsheets may center on basic number crunching, its future lies in applications like automated data collection. Today, spreadsheets can fill themselves using the entire internet as a data source, and people can make their own automated apps and spreadsheets without knowing a line of code.

Ever wondered how many people use spreadsheets? Some estimates say around 800 million people use Microsoft Excel, and another 160–180 million use Google Sheets. Not bad for a tool that started as a basic visual calculator.

With nearly 1 billion people using spreadsheets around the world everyday, innovation is inevitable. And where the history of spreadsheets may center on basic number crunching, its future lies in applications like automated data collection. Today, spreadsheets can fill themselves using the entire internet as a data source, and people can make their own automated apps and spreadsheets without knowing a line of code.

There’s so much more packed into the history of spreadsheets, from how they became hubs for cloud-based collaboration powering entire organizations to how spreadsheets now form the foundations of new apps and tools. But perhaps what’s most fascinating is how after 50 years, entrepreneurs continue realizing the core idea behind spreadsheets — to help people technically solve problems without knowing how to code — in powerful and unexpected new ways.

The 50-year (or so) history of spreadsheets: A timeline

The beginnings of the spreadsheet is a bit of a moving target. Purists often point to LANPAR (LANguage for Programming Arrays at Random) as the the first electronic spreadsheet. Created in 1969, LANPAR gained traction with companies that relied on time-sharing computers, most notably AT&T, Bell Canada, and General Motors.

But the history of spreadsheets coming to home computers really starts in the late 1970s, with a fresh graduate student Dan Bricklin trying to solve two personal problems. In both cases, his vision — to help nontechnical people create technical solutions without needing to know how to code — remains alive and well with the no-code movement.

Bricklin, a student at Harvard Business School, came up with an idea for a no-code tool after he was inspired by two insights. First, seeing his father, a printer, endure the time-consuming process of manually redoing his prints each day. Second, Bricklin also watched his classmates at HBS struggle to keep up because of all their manual coursework. It was the repetitive, limiting nature of these tasks that drove day dream ways that they could be automated.

Bricklin’s idea bloomed into VisiCalc and quickly achieved wild success. In a 1984 interview, Steve Jobs credits VisiCalc as “what really drove, propelled the Apple II to the success it achieved, more than any other single event.”
Short-lived competitors followed. In 1980, Sorcim shipped SuperCalc on the Osborne 1 personal computer. In 1982, Microsoft took its first crack at a spreadsheet program with Multiplan.

The next jump in the history of spreadsheets came with Lotus 1–2–3. Though experts piled on praise such as “revolutionary” and “state of the art,” Lotus 1–2–3 didn’t change the spreadsheet’s core format much. Instead, the program’s biggest contribution came from pushing into personal computers, bringing spreadsheets to even more users.

Lotus 1–2–3 competed well for several decades. In fact, some regard it as “the spreadsheet that defined the PC generation” after a 31-year run.

Three years after Multiplan, Microsoft bounced back with Excel, starting with version 1.0 for Mac. Two years later, version 2.0 expanded Excel into the PC market. But it’s the release of Microsoft Office for Windows 95 that propelled Excel into the limelight.

First, Office 95 gave Excel a presence on both home and business computers (and the Windows brand along with it). Second, it freed spreadsheets from being tied to specific operating systems. Now, someone could download a spreadsheet from one computer, then load it on another — the beginnings of collaboration.

By freeing spreadsheets to run across different operating systems, Microsoft made it possible to work on spreadsheets collaboratively. Google pushed the idea further by taking spreadsheets to the cloud. In 2006, Google acquired 2Web Technologies, turning its XL2Web web publishing service into Google Spreadsheets, known today as Google Sheets.

Since Google made its productivity tools available for free via the cloud, users from anywhere could collaborate on spreadsheets in real time. This ease of access made Google Sheets highly influential in spreading the use of spreadsheets to nearly 1 billion people, and could even be seen as setting the stage for later cloud-based multiplayer platforms such as Notion, Figma and Coda. Microsoft eventually followed by making Excel accessible via the cloud, too, with platforms like 365.

Two products launched in 2012 that made spreadsheets much more interactive and capable of working with nonnumerical data, opening up new use cases. Airtable embedded database features into the spreadsheet, allowing teams to build spreadsheets that worked as product roadmaps, bug trackers, and more. Monday.com (launched as daPulse, rebranded in 2017) turned spreadsheets into workspaces for teams to plan, track, and deliver projects.

Both evolved the no-code idea behind spreadsheets with a low-code solution. Nontechnical users could select from prebuilt options such as templates, smart fields, and mini-apps. But the programs could also be handed to in-house developers for deeper customization.

Built upon a vision of expanding people’s creativity by making programming more accessible, Clay made it possible to build automated spreadsheets that fill themselves with any publicly available data on the internet. Without knowing any code, users could build spreadsheets that automate workflows such as sales prospecting, prioritizing signups, and collecting customer data.

Say users wanted a spreadsheet that could double as a database or CRM. They could build an automated spreadsheet filled with prioritized prospects by searching a library of clickable integrations, such as Clearbit, GitHub, and Shopify.

How automation is rapidly reshaping the evolution of spreadsheets

And so, where the first spreadsheets ran mathematical formulas with data entered manually -y today, automation powers spreadsheets to fill themselves, fetching data from internal tools — Segment, HubSpot, Twilio — and the internet to feed workflows.

Let’s say you sell software engineering tools and want to automate the collection of sales data to fill your pipeline with qualified leads. Here’s a quick run-through of how you might do it in Clay.

Clay’s Chrome extension augments your data collection, too, as in the image above. The extension recognizes and captures structured data, then maps it to fields on your spreadsheet. Above, it’s capturing open engineering roles. Once that data is fed to the spreadsheet, it will find the companies, identify their senior engineering employees, and compile their contact information, so it’s ready for an email automation workflow.

The future of spreadsheets: How the no-code movement is creating spreadsheets that run like CRMs

Just like a spreadsheet can be the interface of a database, so, too, can a spreadsheet turn into the command center of a customer relationship management (CRM) platform. That opens up new possibilities for sales, marketing, product, and other teams that often share the same CRM but have unique needs that a one-size-fits-all solution can’t meet. For instance:

What if, instead of sharing one heavyweight CRM, each of these teams could build their own lightweight solution that captures the exact CRM data their workflows need? Clay makes that possible. With it, a sales team could rapidly build an automated spreadsheet that:

There’s so much you could do from there, too. Pull the handles of everyone who follows a specific Twitter account, such as an influencer in your industry. Or standardize your customer onboarding process for a strong post-sales experience by automating tasks such as billing and check-in reminders.

Change the course of spreadsheet history with Clay

The spreadsheet has been nothing short of a history-making tool. Decades ago, it brought business software to personal computers, helping people save time on numbers-based tasks, from budgeting to organizing Little League rosters. Nearly 50 years later, the spreadsheet enters a new age, one where it can fill and update itself using the internet as a data source.

We can't wait to see where they go next. 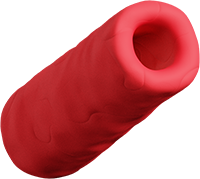 Create custom lists of candidates and sync to ATS. 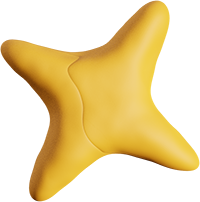 Discover how Leopard uses Clay to build the strongest community of women engineers.

Create custom lists of candidates and sync to ATS.

Discover how Leopard uses Clay to build the strongest community of women engineers.

By clicking 'Allow all', you agree to the storing of cookies on your device to enhance site navigation, analyze site usage, and assist in our marketing efforts. View our Privacy Policy for more information.